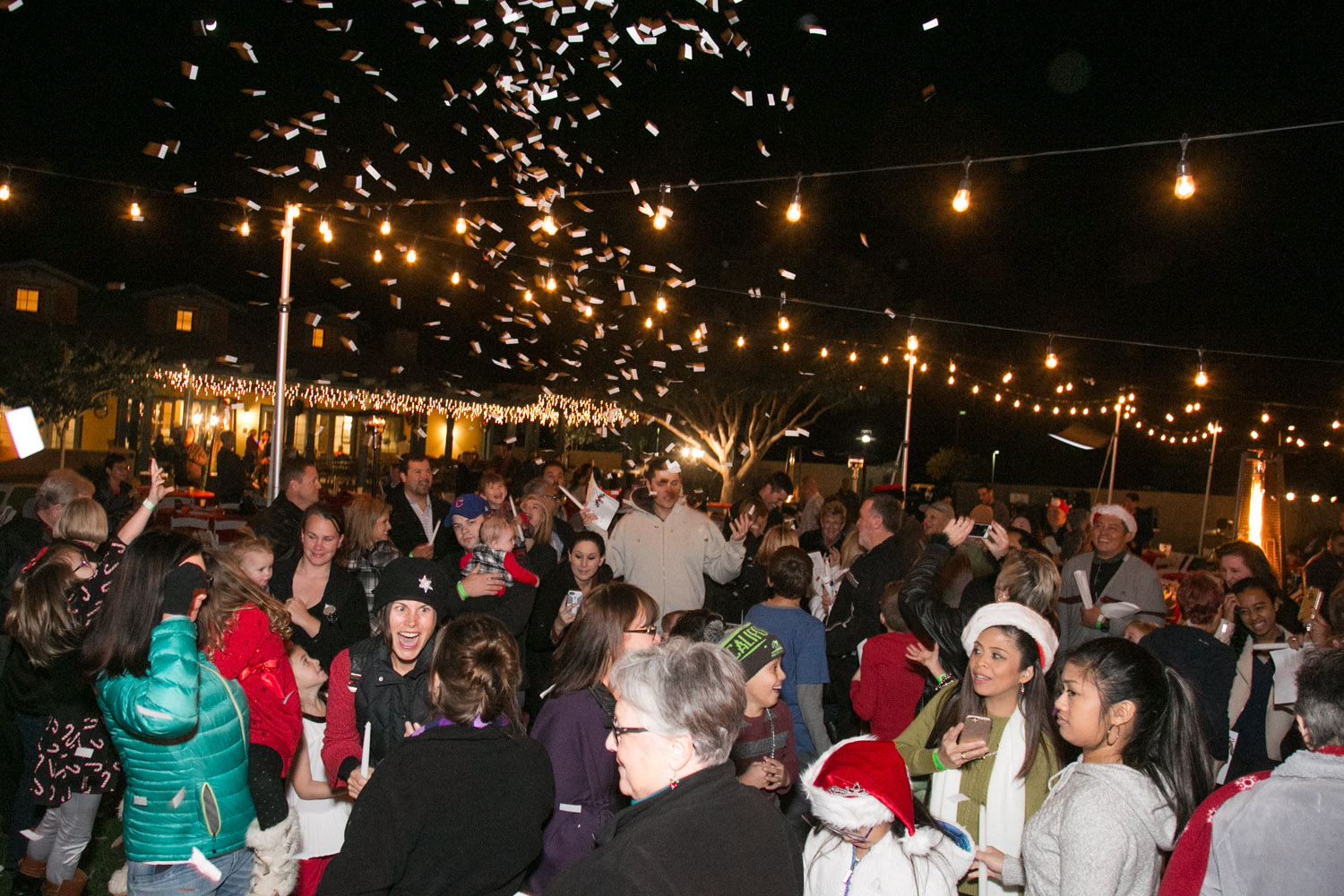 As 598 Marley Park residents and guests arrived, all were greeted by the jolly old man in the red suit. 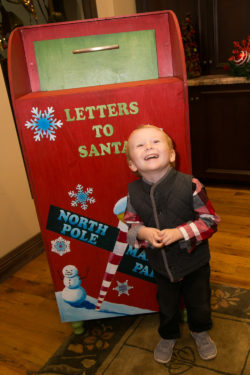 The children enjoyed all sorts of holiday activities throughout the evening. They decorated ornaments, got their faces painted by Frozen’s Elsa and Spiderman, and wrote lots of letters to Santa that were mailed via our very own North Pole mailbox. Many beautiful family photos were taken with Santa too. All the while, outdoors under the stars a horse driven wagon was filled with families listening to Mrs. Claus tell the story of “The Night Before Christmas.”

A traditional holiday meal was served complete with turkey, ham, stuffing, mashed potatoes and tons of yummy desserts. After dinner, Santa made the rounds playing the banjo and singing with residents. Adults and children worked on their dance moves and played games; the DJ supplied an endless amount of fun!

At 7 p.m., after a brief welcome by the Community Engagement team, Santa lit the first candle to begin Marley Park’s traditional candlelight ceremony. Once all candles were aglow, the lights were turned off and the community joined in singing John Lennon’s “So this is Christmas.” Santa then asked everyone to close their eyes, make a Christmas wish and blow out their candle. The lights were turned back on and everyone joined in singing Winter Wonderland as Santa sang and strummed his banjo. Then, to the amazement of all, snow began to fall as 20 confetti cannons were released by Marley Park Leadership and club leaders.

Marley Park’s 10th annual Home for the Holidays Community Celebration will forever be a night to remember.

Photo Gallery
Note: The photo gallery is slow to load and may not work on mobile devices.