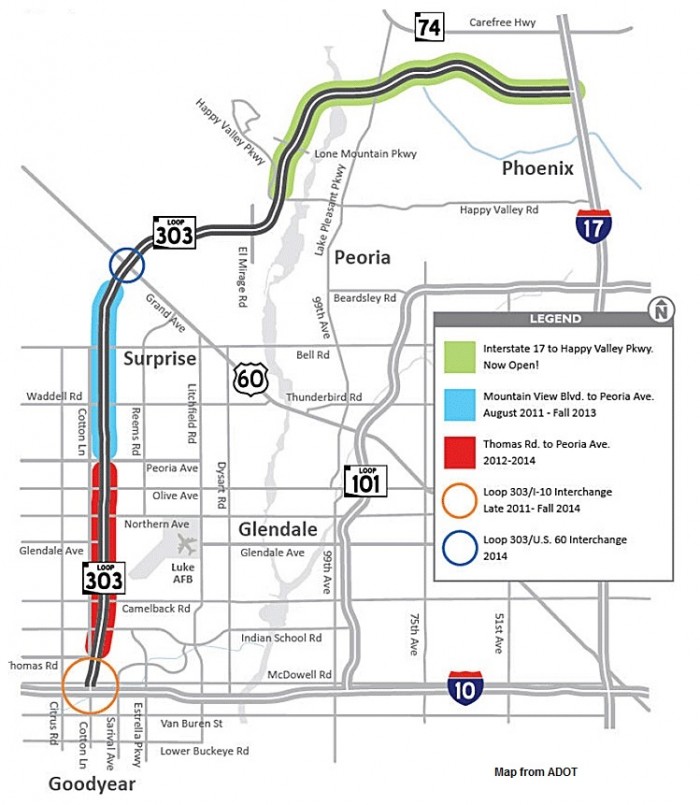 West Valley commuters will have a faster commute to and from Phoenix with the opening of three brand new lanes on the Loop 303 in Surprise.

The new lanes opened on July 22 from Grand to Peoria Avenue heading southbound. The new northbound lanes are scheduled to open this fall after rubberized asphalt is added.

The lanes stretch about seven miles and are part of ADOT’s improvements to the Loop 303 to make it a six-lane freeway between the Interstate 10 in Goodyear and Grand Avenue. It is projected to be finished by the fall of 2014.

Be advised of some cross-street restrictions while the improvements are made to the freeway. Local businesses will still be accessible during construction, but schedules are subject to change with the weather.

For more information on the new Loop 303 improvements, visit http://bit.ly/1brrc2T.