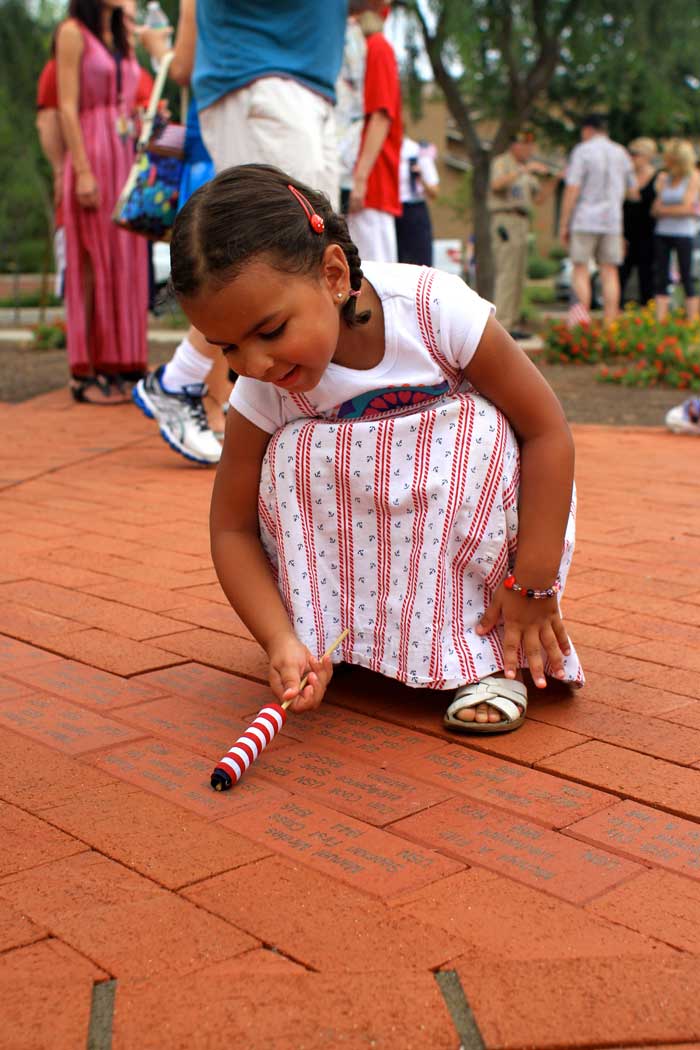 Every July 4th celebration is special, but Marley Park’s Star-Spangled Celebration was especially meaningful this year. That’s because the much-anticipated Veterans Commemorative Plaza (VCP) was dedicated during a ribbon-cutting ceremony where the flagpole and emblem base were unveiled.

The day kicked off with a homemade pancake breakfast hosted by Boy Scout Pack 921 at the Heritage Club. Once they were fueled up, neighbors gathered on bikes, or on golf carts and classic cars, and embarked on the largest patriotic procession in its eight-year history through Marley Park. The community parade route ended at the site of the VCP at the southeast corner of Founders Park Boulevard and West Pershing Street.

Special guests at the dedication included Surprise Mayor Sharon Wolcott and City Council members, as well as guests from DMB Associates, Dysart Unified School District and local VFW posts. The ceremony included a proclamation reading, ribbon cutting, and recognition of sponsors and supporters who have made the VCP possible. The resident-inspired project honors neighbors in our community who have served or are currently serving to protect the principles of freedom on which our great nation was founded. Commemorative pavers can still be purchased on MarleyPark.net.

Later that evening, about 425 friends and neighbors gathered for a pool party and barbecue dinner from Fire-Up Freedom BBQ at the Heritage Pool House. After the Luke Air Force Base Color Guard presented the flag the party really got going with a live DJ, inflated water slides, and pool games.

Special thanks and appreciation to the volunteers who helped make this year’s Star-Spangled Celebration a success; and to Bill Adams for leading the parade, and to Richard Olea Perry for leading the VCP project.