Marley Park recently achieved an important milestone in its 14-year history with the election of Bill Adams to the Marley Park Community Association (MPCA) board of directors. Adams is the first resident elected to serve on the board which represents the 950-acre community in Surprise, Ariz. Previously, representatives on the three-member board were appointed by Marley Park developer DMB Associates. The milestone is significant because it marks the beginning of resident involvement in community governance. 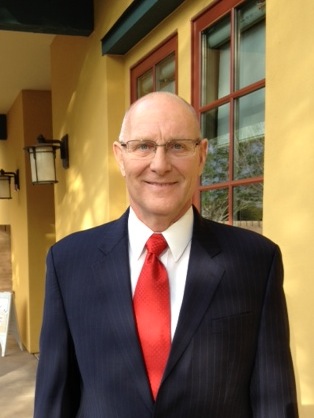 MPCA’s mission is to provide dynamic leadership for Marley Park residents by cultivating community engagement and preserving the character of landscapes and neighborhood settings. The MPCA board of directors and staff work in partnership with residents to achieve this mission. The election of a resident member to the board of directors means that residents will play a more active role in preserving and honoring the community’s standards and heritage. According to Marley Park bylaws, the election of a resident to the MPCA board may be initiated when 25 percent of the 3,700 homes approved for completion within the master plan have transitioned from builders to owners.

MPCA announced the election at the beginning of the year and invited residents to an information session on Jan. 13 to learn more about the opportunity to serve on the board of directors. Nominations were accepted through Jan. 24 when five qualified nominees were added to the candidate slate. MPCA hosted a reception on Feb. 18 where neighbors could meet and learn more about the candidates. Votes were cast and absentee ballots counted at the MPCA annual meeting on Feb. 24.

Adams was announced the winner at the annual meeting. He served in the U.S. Army for 30 years, then went on to instruct at the El Paso Intelligence Center for six years. Upon arriving in Marley Park in 2008, Adams immediately became active in the community and has served in a number of leadership capacities from helping to organize Marley Park Leadership to planning and leading community events. He is a regular contributor to “Marley Park Matters” quarterly newsletter and produces the monthly Marley Park Leadership e-newsletter. Adams will serve a two-year term on the MPCA board of directors.

“I want to give back to the community. All residents need to contribute something to the betterment of the community. A community does not just happen. It takes a lot of work by the residents to create a community,” Adams stated in his candidate biography. “I want to continue DMB’s positive vision for Marley Park. The vision has a strong base but needs to be constantly cultivated.”

With residents like these committed to serving their neighbors, Marley Park is sure to continue on its path to becoming one of Arizona’s greatest communities.